Springfield, Mass. :- It doesn’t happen every day, or very often at all for that matter, so this case merits a mention. An employer terminated a 64-year old, White, male employee in favor of hiring a “younger more aggressive sales person who spoke Spanish and understood Latino culture.”  The older White man sued for age and ethnicity discrimination and won. 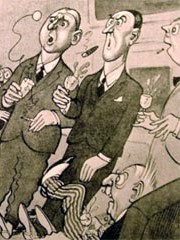 A hearing officer at the Massachusetts Commission Against Discrimination (MCAD) ordered the company to pay $11,100.00 in lost wages and $5,000.00 for emotional distress.  You can read the full decision (issued January 20, 2016) here.

What do you think? Cancel reply